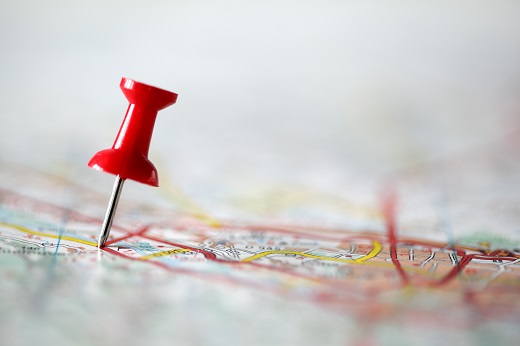 If you ask a business who is successful with billboard advertising what factor contributed most to their success, they will often have the same answer. When attempting to accurately display your message to an intended audience, finding the right billboard location is a critical first step. In fact, there are several factors you should keep in mind when determining the perfect location for your upcoming billboard advertisement.

If your billboard location is on an empty highway, there’s a chance that commuters will pass by it quickly without the time to fully absorb the content contained on the billboard. However, your billboard is located on a busy, congested roadway, there’s a good chance that you will make a more lasting impact as drivers seek something to fill their attention while they wait. This factor alone can make your billboard more successful.

While commuters are typically the main focus of billboard advertisers, you can potentially increase your audience if your billboard is displayed in a high-traffic area that has both cars and walkways. While walking, potential customers are more likely to take the time to see and completely read your billboard as opposed to a faster car. This added exposure and attention could lead to more conversions or sales.

If you are interested in adding billboards to your advertising plan, Stokely Outdoor has the experience and billboard locations to help. With more than 40 traditional and LED billboards in the Tulsa market and over 300 in the surrounding area, you are sure to find the perfect location to make the most impact. Ready to get started? Request your free quote today or give us a call at (918) 402-9016!